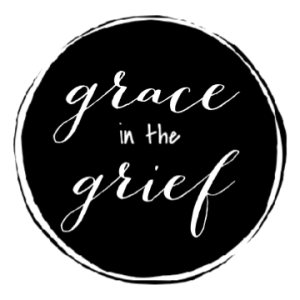 Grace in the Grief

Today I drove by the spot Vance wrecked. Twice.

I hadn’t been down that road since he died. It’s a busy one, but not one you drive very often if you don’t work at the plant.

Tonight I had to go to a different town for a cross country meet and that was the fastest route there. And so I drove over the bridge. The guard rails are still messed up. Or at least, I’m assuming the dents are from his wreck. I guess I don’t really know. Someone else may have had an accident there. I never asked exactly where it was. I don’t even know if I ever got an official report on what happened. I just know that someone, somewhere along the way, told me that his car veered into the right side guard rail and then into the left.

Exact place or not, I couldn’t stop myself from tearing up as I looked through my windshield, seeing the same things Vance had seen in the last few minutes of his life. Mostly it’s just road and fields. A few random trees. Nothing too exciting or memorable.

In my head, I kept hearing his voice as he talked to me that day.

“I’m sick. I’m coming home. I’ve been throwing up and have the worst heartburn.

I’m not having a heart attack. I had an EKG this morning for my routine physical and it was fine.

I just got through security.

Don’t come get me. Just stay on the phone with me.

I don’t want to die on the way home.

I’m almost at the training center.

I tried twice to call him back but he never picked up the phone. He was already gone. I mean, no, they didn’t pronounce him dead until a couple hours later at the hospital, but I know he was gone then. They brought him back a couple times but they were never able to stabilize him. When I think about Vance dying, it wasn’t in the hospital, it was in that moment when I hung up on him.

We were on the phone maybe five minutes. I was annoyed that he was sick because I didn’t want him to get the rest of us sick.

Sobbing, I admitted that to a friend a couple weeks after the funeral. She was so kind. She simply asked if she could reframe those moments for me. Then she told me that even though I was annoyed, Vance knew I was coming to get him. That his last words were for me to come get him. In his distress, he called me. And I was on my way to go pick him up from the side of the road when the ambulance passed me. The last thing he knew on this earth was that I was coming for him.

God, how I wish I had been able to get there in time.

I’d do anything to have those moments back. To tell him that he was having a heart attack and to pull over at security and tell someone. To dial 911 and send help that much sooner. To tell him that I love him and need him and that I didn’t want him to die on the way home either.